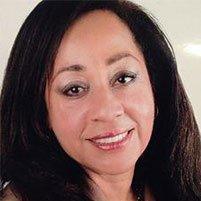 Heavy periods can take a significant toll on your life, disrupting sleep and even preventing you from enjoying social activities. Dr. Buck-Haskin offers endometrial ablation procedures to help women from Great Neck and Rego Park, NY, put an end to heavy bleeding and its symptoms, and regain control of their lives.

What is endometrial ablation?

Endometrial ablation is a minimally-invasive procedure that erases the endometrium, the lining of the uterus. It's typically performed in women who are done having children, and who have a condition called menorrhagia. Menorrhagia causes very heavy periods – so heavy, they can interfere with every day living and activities like sleeping or even socializing. Menorrhagia is more common among women during the time leading up to menopause, when changes in hormone levels can cause the endometrium to become very thick. Before undergoing ablation, you'll have a comprehensive exam and diagnostic testing or imaging to ensure the cause of your heavy bleeding is due to menorrhagia and not another underlying cause.

What happens during the ablation procedure?

Endometrial ablation can be performed using one of several methods, including:

Once the endometrium has been erased, scar tissue will form inside the uterus to prevent the lining from regrowing. Most endometrial ablation procedures take from 30 to 45 minutes to complete. Sedation or local anesthesia will be used for the procedure, and you'll be able to go home after spending a brief period of time in a recovery area.

How will I feel afterward?

Following your procedure, you may have some cramping for a few days, as well as vaginal discharge which can last for a week or two. About half of women stop having periods after treatment. Younger women are more likely to experience a recurrence of heavy periods in the future.

For any questions regarding insurance, please call the office.

Words from our patients